Thursday 2 May - My first ride on a Class 230 D-Train on the Marston Vale line, continuing down from Bedford to Luton afterwards with a stop at Harlington on the way back.
Some video of the Class 230 in action is here: https://youtu.be/k8yHzP3sl3o

Saturday 4 May - A few photos from a journey into London from Flitwick via St. Pancras due to the Euston closures.

Tuesday 7 May - Additional photos from London.

Saturday 18 May - A couple of photos from Cheltenham, visiting by bus but walking the former GWR route through the city and visiting the current station while waiting for friends to arrive.

Tuesday 21 May - A day in London with photos from Acton Town, Hounslow and Waterloo.

Saturday 25 May - The route of the former LNWR Verney-Banbury line through Buckingham, including the remains of Buckingham station.

Monday 27 May - The Buckinghamshire Railway Centre Steam Gala, which also included a small bus rally, photos of which are in the UK Bus May 2019 gallery.
Some video of the steam gala is here: https://youtu.be/ulR30YZHym8
An article about the steam gala and the restoration of Wightwick Hall is here: http://mkttransport.co.uk/heritage-railway/the-triumph-of-wightwick-hall/

Tuesday 28 May - My first Class 710 Aventra ride on the Gospel Oak to Barking Line, with a few other London photos.
My initial thoughts on the Class 710s are here: http://mkttransport.co.uk/railway/class-710-first-impressions/

You can read my new article on the future of Britain's HST fleets here: http://mkttransport.co.uk/railway/hst-fleets-whats-happening/
Read More 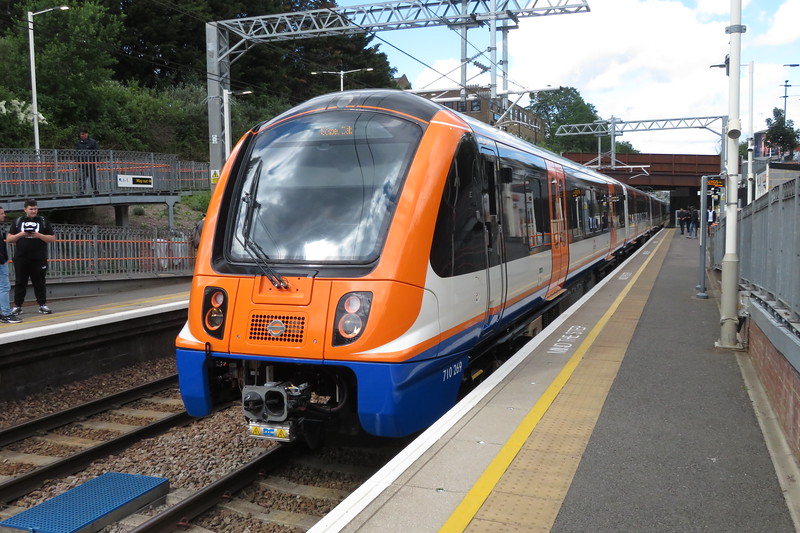